Dear Diary it has been 4 weeks since any physical activity in the form of exercise that includes cycling and or cardio in the gym and I can only blame life. Having packed my bag for gym the previous night I tossed and turned this morning, I’m lying, I only turned and the decision was made that I did not feel like going to gym this morning – and yes my clothes are fitting a lot tighter than before. I will have to investigate the washing powder I am using as surely it has nothing to do with living the dream from entertaining clients at the Absa Cape Epic, flying to Taiwan for the Taipei Bike Show and or being sick with flu for the last week and a bit. Nothing I tell you.  Before I continue I would like to apologise to the readers I might have on this blog, as per the exercise I have been neglecting the writing as I need to find that inspiration again for both instances. 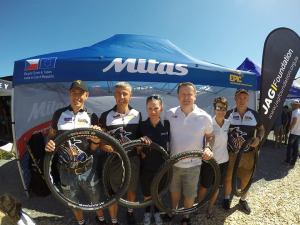 Anyway no excuse as around the corner is the 4th annual Arabella Challenge followed by the Houwhoek Tour a week later, so needless to say gravity and fitness might play a factor as to how I perform at these events. These events are a must on my calendar and I won’t miss it for the world, so join us if you can. With winter encroaching us slowly here in Cape Town riding in the early mornings are becoming more and more challenging due to the cold and especially the darkness which plays a major factor in safety on the bike obviously. So finding that inspiration and digging deep to go out there has been a real challenge, I do blame the flu I picked up coming back from Taiwan though. No I did not wear the ‘mask’ as you commonly see out there. I did try the beer and some of the local cuisine. No factor in shrinking clothes. (Now if only I didn’t donate all my ‘bigger’ clothes after the 2014 Absa Cape Epic weight loss saga. Fortunately Lycra stretches)

The sights and sounds of Taipei at night

To some up my life the last four weeks: Last bike ride 12 March with the JAG Foundation and Ride4Change, and then the Absa Cape Epic activation and sponsor hosting of Pavel from Mitas until the 16th at the event that did involve some cold beers and eating out. Fly out to Taiwan for the Taipei Bike Show on the 17th and return on the 22nd, and of course eating out and having a cold beer or wine with the KTM guys and traveling colleague. After nearly 24hours traveling time; land on the 22nd at 16:00 and be at the Absa Cape Epic after party at 16:30 till late followed by wrap up day with Mitas and the family to ensure everyone is on their planes. Tuesday 24th break down KTM Bicyle display at The Westin Cape Town, Wednesday and Thursday catch up with some old friends, which meant Tequila was involved and still fighting off jet lag. Friday and the flu hits to have me man down the whole weekend and week to follow and withdraw from the crazy idea that was running the Old Mutual Two Oceans Half Marathon and then finally get back on the bike Easter Friday with Eulogy van Dyk from the Ride2Nowhere (Event not to miss as well), still flu-ish and then mechanical after 7km which meant organising another bike for the Saturday ride, with the 22km ride ending in the wind and rain encouraging the flu to stay longer. Easter Sunday potjiekos with mates and Monday lunch at The Toad in the Village and here we are…life just flew by in a few weeks.

Local cuisine at KTM dinner, can’t quite remember what this was 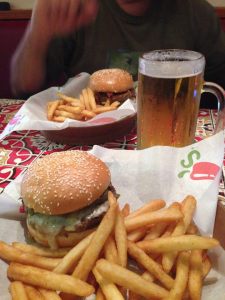 Also local cuisine as it was bought in Taipei. Has nothing to do with my experience currently of a heavier gravitational pull from Mother Earth

I think all of us have different challenges in life for different reasons and that does play a factor in ones state of mind and behaviour. The only thing we know is that life goes on and it does not wait for you and you need to go out there and make things happen to what you desire and belief that you want out of life, i.e. a washing powder that does not shrink your clothes.

Now that is enough preaching from me as I have some big decisions to make and the first being will I go to gym after work. The bag is packed so I might as well go see if I can still survive the super circuit and then go charge those cycling lights. 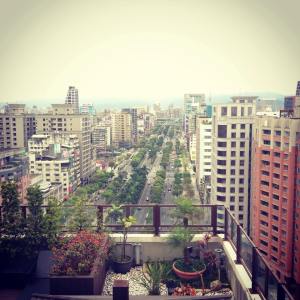 View from the top of the Taipei Garden hotel 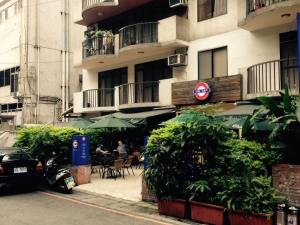 As South Africans do we found a pub, even if it was English it was the closest to home and even had Super Rugby on the TV, and of course cold beer 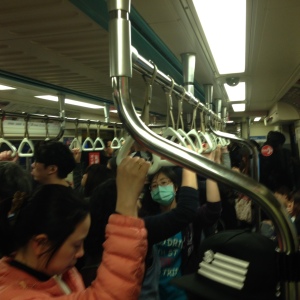 A bit more of Taipei City, also known as a enormous flea market

Recovering at Stage 9 of the Absa Cape Epic, the after party. Best way to combat jet lag i thought. 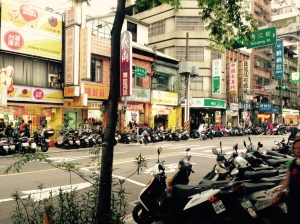 This site uses Akismet to reduce spam. Learn how your comment data is processed.

I hope that someone sees this page and decides not to give up...

Because your Soigneur knows best...

Thoughts from a life lived in the sky, ocean and mountains

“The very basic core of man’s living spirit is his passion for adventure. The joy of life comes from our encounters with new experiences, hence there is no greater joy than to have an endlessly changing horizon, for each day to have a new and different sun”.

A Dutchie getting fit!

My observations and occasional rants on life, love and anything else that makes our world EPIC.

Ramblings of a Geek. Mandy is a tech blogger, mother, and loves all things that light up and go "beep". She brings computers back to life.